Why Use React Native 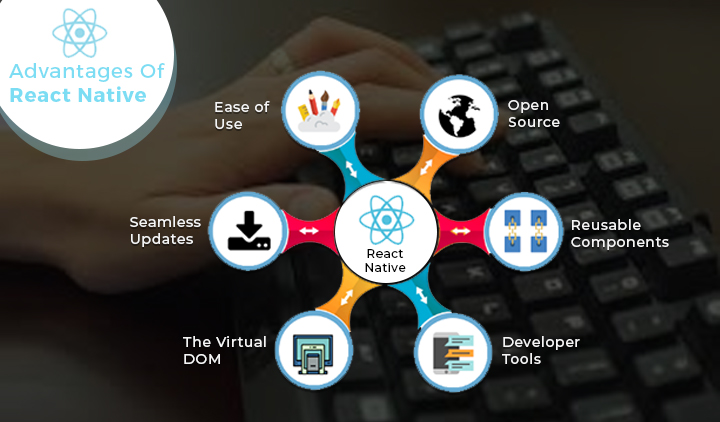 Mobile Apps make quite a share of technology. Today, several frameworks are available as an aid to help one build the desired app with bare minimum effort. React Native is one such wondrous framework. It is the most popular JavaScript library that can be used to build flexible and efficient user interfaces. Read on to know why this framework is winning hearts after all -

1· The main advantage is React Native’s usage of JavaScript making it compatible across different platforms.

2. The same code in React Native can be used for both iOS and Android which reduces the effort and hence the cost to a great extent.

3. React Native has many third-party plugins and frameworks that can be utilized to build a unique app.

4. Since its launch, React Native has been evolving with new UI components and features. It can provide a tailored user experience, which is very important for customers.

5. It allows app developers to implement UI surfaces which come up with huge data.

6. React Native helps developers use declarative self-contained UI components and fast development cycles while retaining the speed of the app.

8. Code written on Web Apps can easily be reused on the React Native, opening various amenities for companies with web apps who can use the front end of their website and convert the same to a mobile app.

9. The cross-platform app development picks several challenges for developers, where they have to keep a check on the hardware, OS support, coding language, etc. But this issue is resolved with React Native.

Current and the future of React Native

In the app development realm, React Native had created quite the buzz. 2019 witnessed incredible updates to the technology further substantiating its stance in the market with respect to usability and acceptability. The salient features of the updates are described as under:

Code Gen - automates the compatibility between JS and native side

The React Native technology has brought relief in the rules of the mobile app development process, making it easier for the developers to build a great mobile app.

Conclusively, it won’t be wrong to call this technology ‘the next big thing’ in the app development context.

If you are considering getting a mobile app developed, React Native is the way forward. At Xeliumtech we have an array of solutions to help you choose better. The next step to crafting an irresistible and magnificent app solution for your business needs is right here.