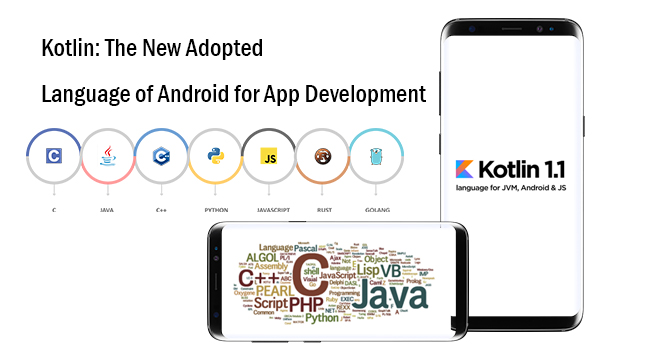 Kotlin is very less known programming language for android app development. And in very less time it is getting popularity in developers. Developers are choosing Kotlin over JAVA as Google made it official in earlier 2017.

Google made it official that Kotlin will act as primary third party supported language for developing Android apps besides Java. Kotlin is created by JetBrains which is compatible with Java and Android and it follow object-oriented approach for creating android applications similar to Java.

Reasons to Choose Kotlin Over Java:

Kotlin Popularity Rate Rise Up Approx till 15% and is on Boom:

As per the research and fact reports, Kotlin become very popular and after Google announcement it almost doubled up in use. And it’s forecast is that it’ll outsmart Java by this December, 2018. Java application development needs significant effort, skill and expertise, which is now set to change with the rapid adoption of Kotlin.

Kotlin Follows the Footprints of Swift:

Just like iOS introduced Swift and totally changed the iOS development and made it user-friendly and easier, Google introduce Kotlin to transform the Android app development within upcoming years.

And most of the leading Android App Development Companies adopt the trending language Kotlin and revamping the app development practices. So being an Android app developer, it would be beneficial if you took your ways forward accordingly and act quickly if not soon by adopting Kotlin.