Incredible! Facebook can tell what you are watching or listening to 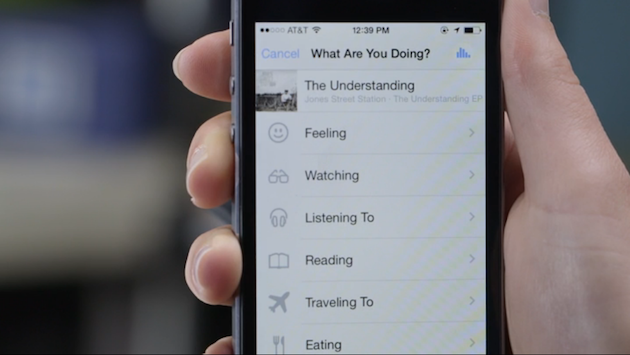 The optional feature uses audio recognizing technique to match with the music artists, albums, even their titles for billions of songs and up to one hundred and sixty channels  of t.v programming. You could even add "activities" like watching Spiderman-3, listening to a cool Pink Floyd number, or eating an enchilada.

The latest version of Facebook for iOS or Android  automatically recognizes the song you’re listening to or TV show you’re watching and adds it to your status.

When FB recognizes a song, Spotify, Rdio, and Deezer previews can show up based on which music app you’ve most recently used. The site is one of the most visited destinations for talking about TV while you’re watching, and could  even serve small ads whenever you have clicked the compose option and tag a specific show.

Facebook R&D team which has been working on this project for over an year, is pretty excited about the launch. This update comes just over a year after the original Feelings button was released in April. Since then, Facebook has seen unbelievable 5 billion feelings and activities shared by  its ardent fans on the social platform. Hope this time numbers are atleast double!!!!!!