How DevOps is Adding Value to Businesses 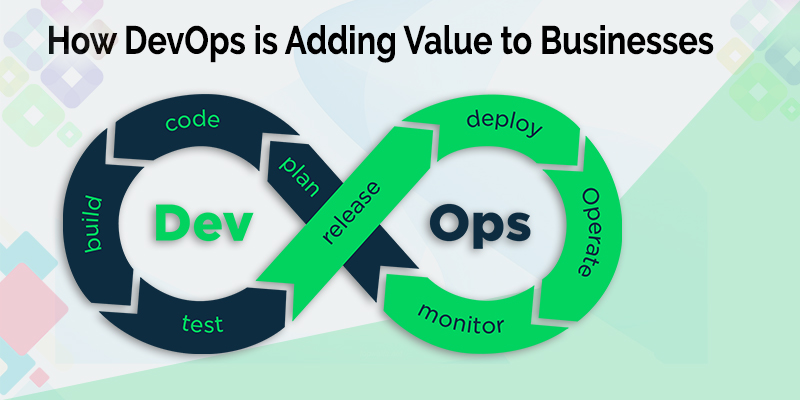 DevOps has gained a momentous position in the IT world and has become a crucial part of the software engineering methodology. It is changing the way organizations approach software development. DevOps allows users and Consulting Companies to fulfill the business demands with the more rapid pace of updates for cloud and mobile applications.

a) Enabling the rapid evolution of products or services

b) Reducing risk, and improving quality across the portfolio 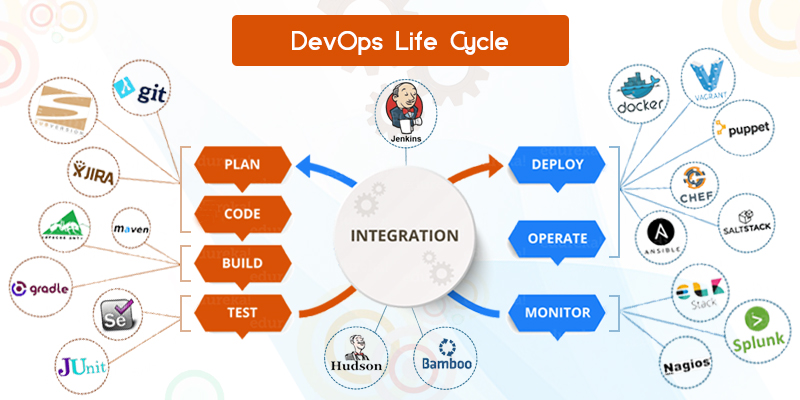 For successful implementation of any DevOps project, a complete DevOps Life Cycle has to be followed along with the usage of latest tools and technologies. Let’s have a look at some of them:

Jenkins is an open source tool which is written in Java, assists many projects in automating, building and deploying.  Supported by many operating systems like OS X, Mac, Windows, and UNIX, Jenkins can act as continuous delivery for different projects.

Written in Ruby and developed as open source software, Vagrant is simple and easy to use. It is supported by widely used Operating Systems i.e. Windows, Mac OS, Linux, and FreeBSD. Vagrant is free and can be integrated smoothly with an existing configuration management tool like chef, puppet, etc.

Splunk, a software platform, is used to make machine data accessible, usable, and valuable to everyone. Splunk allows enterprises and individuals to choose the reliable package as per the business requirement.

Git is a free open source tool that supports the majority of control versions of check-in commits, merging, labels, branches, push and pull to/from GitHub. Git is easy to learn and maintain for those who are looking for a tool to version control their artifacts.

Selenium is another free open source automated functional testing tool which is used to test web applications. In a DevOps Cycle, once the application testing is deployed in the QA environment, Selenium automated testing adduces.

Like these mentioned tools, there are umpteen of other key tools being used in DevOps which have their own features and are leveraging Developers and Operation engineers in one or the other way.

It doesn’t matter whether you are in Cloud, Enterprise or Mobile, for every organization, timely software delivery is the key to business success. 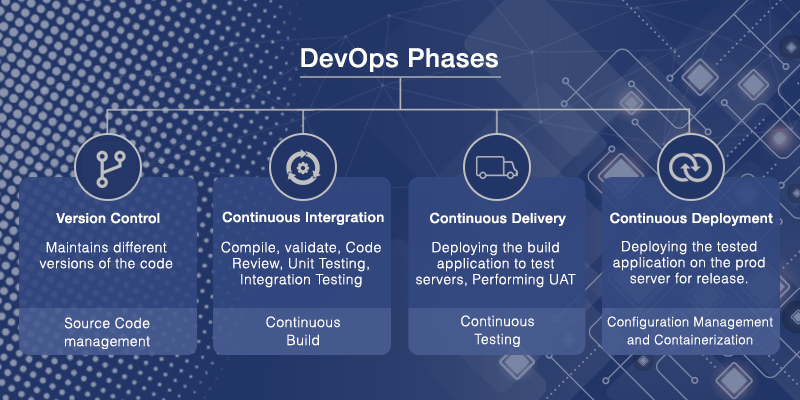 DevOps plays a dominant role in providing automation in the areas of building, testing, releasing, which are generally known as Continuous Integration, Continuous Delivery, and Continuous Deployment.

Version control is the initial phase of DevOps which allows developers to manage changes in the project, be it code, documents, environment configuration, track changes, or anything else. It is the requisite tool for multi-developers projects.

Once the development phase is complete, Continuous Integration starts. It includes several steps which are planning the various tests, understanding whether the developed code can produce the desired operations and many more. Integration is the crucial steps which can lead to the next step in an efficient manner.

Continuous Delivery is the process of delivering the software to the production team, ensuring that the software can be released at any moment. The developed code gets manual and automated tested at different stages before it gets into the production. The primary focus of Continuous Delivery is to build, test and release to the customer quite faster and more frequently, in short cycles.

In Continuous Deployment, every code developed in the software development process goes through the entire pipeline and then put into production, automatically, resulting in many production deployments every day. Any updated working version of the application is automatically pushed to production which mandates Continuous Delivery.

When it comes to DevOps, testing is often ignored. It may actually prove to be a major blow to the dream of achieving true success. XeliumTech Solutions, a leading DevOps Consulting Company, can help you to bring down with a comprehensive DevOps solution at a single place. DevOps Consulting Service is one of the best things if you want to save on time and money while increasing quality and time to market.